I’ve been a little absent from my blog the last few weeks.

The clutches of fatigue mixed with the merriment of intellectual fuddlement (yes, that’s my new real word I just made it up) has rendered me wordless.

Well, not really wordless. The thoughts come into my head but then the words, just prior to eloquent execution (I wish), trip over themselves and end up looking like a bowl of alphabet soup sloshing around the confines of my grey matter.

Doesn’t look good on the page either.

So anyway, I stumbled across this quote the other day and we all know how I like to ponder a good quote.

Took a minute and a few re-reads to sink in but then it got me thinking, as a quote often does.  I have no idea who the author is so I’m open to being sued, again. 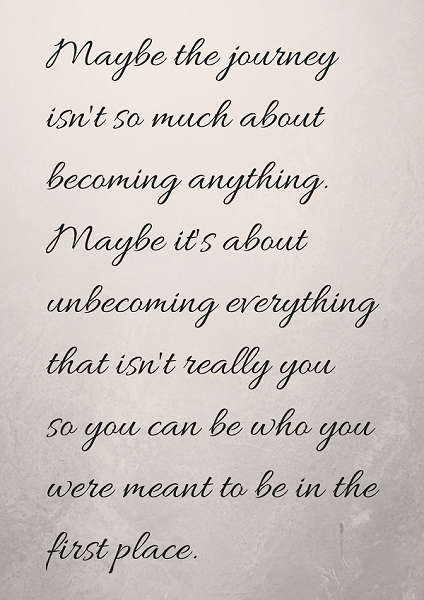 It’s been a year since I finished all my cancer treatment and I have written before about how grateful I am to be alive but I often wonder if I will ever be the same again.

Of course the answer is no.

I mean we are all ever changing evolving creatures it’s just that the changes are mostly subtle over time and we morph into them without even noticing until we are prompted to reflect in some way. Not until then do we notice our intrinsic character changes or self-development, if you prefer.

There was nothing subtle about my diagnosis, treatment and journey. It whacked me hard and sent me reeling. No subtle soft place to fall and no subtle morphing into ‘change’ after treatment ceased, suitably described as my ‘New Normal’ in all the cancer literature.

There is no normal anymore.

I’d missed out on morphing with them.

I’d missed out on growing with them.

I felt like there was a pane of glass between me and this new world that developed while I was disconnected. I still do, to a degree.

But no matter how fast I peddle I’ll never catch up… that’s where the thought pondering on that quote kicked in.

I’ve spoken before about a friend reminding me that recovery is not a destination.

All I want to do is pick up on life where I left off. That’s impossible.

So maybe the journey now isn’t so much about becoming anything mirror imaged of my old life?

Maybe the journey now is an opportunity to unbecome everything that wasn’t me?

Maybe it’s not about wishing to be the old me again?

Sound exciting? Well it’s not! It scares the shit out of me!

All I know is I’m stuck in the middle of my life continuum and nothing will ever be the same again.

Only one thing to do me thinks… take a step… and maybe unscramble some alphabet soup.

Can you even buy alphabet soup these days?

Am I showing my age? 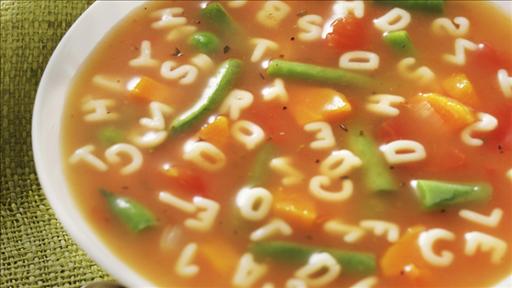